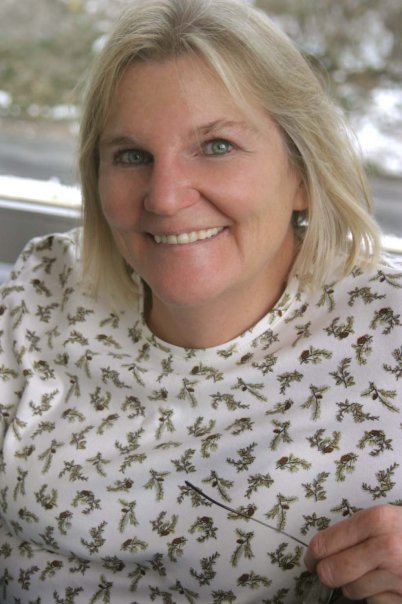 Maureen serves on the global leadership team for Youth With A Mission’s Discipleship Training Schools.   DTS is a 5-6 month full time course that aims to deepen one’s relationship with God while making God known through various ministry activities.  Although stationed in Cape Town, South Africa, Maureen travels the world as DTS runs in over 700 locations and in 98 different languages.  Maureen also continues to bring leadership to YWAM’s University of the Nations as a Vice President for Leadership and Staff Development (Christian Formation).

Pastor John Spencer’s wife, Lynn Spencer, grew up and attended high school with Maureen in Springfield, Massachusetts.  Lynn was instrumental in leading Maureen to a personal relationship with Jesus Christ. Maureen graduated from Wheaton Graduate School in 1984 with a M.A. in New Testament Theology and has been serving with YWAM ever since.  When Coastline began in the early 1980’s, Maureen was one of our first supported missionaries and we continue to support her as she serves today. 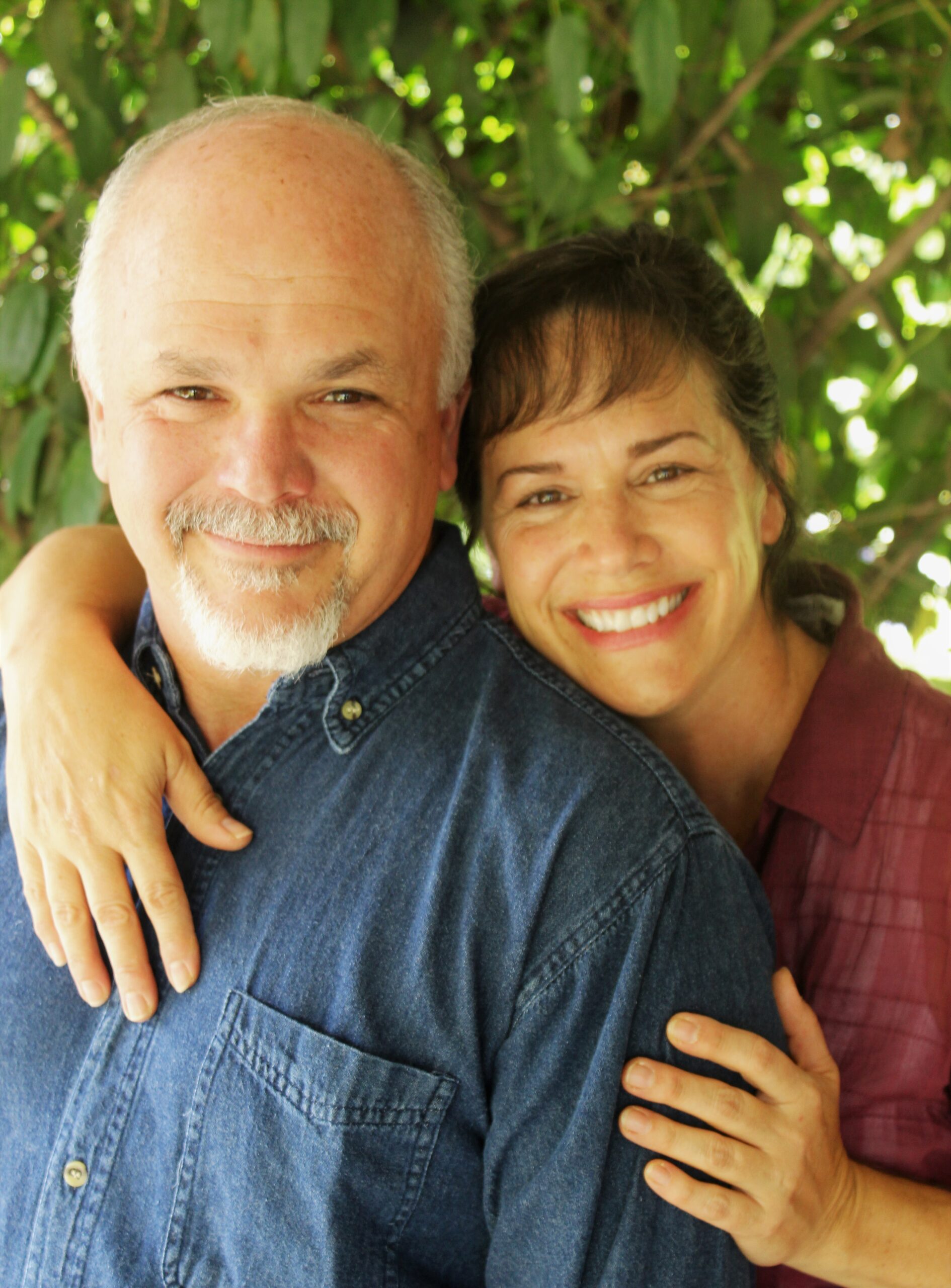 As a missionary pilot, mechanic, and manager with Mission Aviation Fellowship, Kevin and Beth serve in Wamena, in the highlands of Papua, Indonesia where they serve long-term missionaries and the evangelical church.  They are passionate about sharing the love of Jesus Christ through aviation so that isolated people may be physically and spiritually transformed.

Kevin grew up as the son of missionary parents in Indonesia.  He attended Coastline in the early 90s when he was stationed here as a helicopter pilot.  It was during his time in the Navy where he began to grow spiritually and accepted a call to full-time missions.

Beth served as a missionary along with her first husband and five children for 10 years in Papua before his fatal aircraft accident in 2008.  Beth met Kevin 6 months later while he was serving with MAF and the two were married in 2010.  All five children are now grown, and with their spouses, seeking the Lord’s leading in their lives. 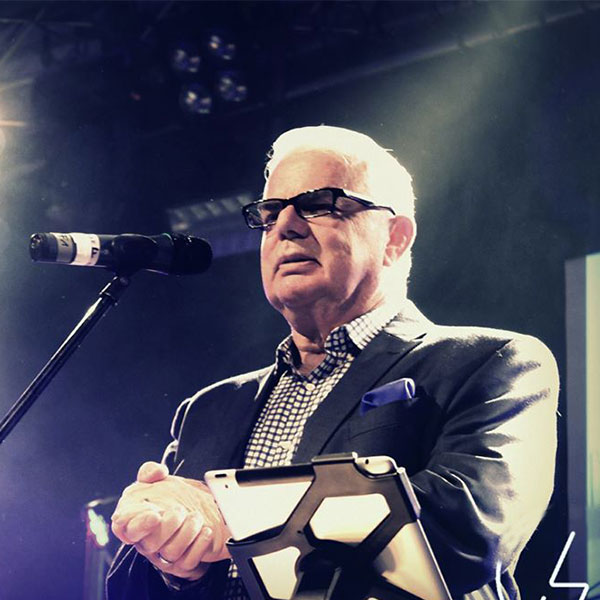 As the executive director of the American European Bethel Mission, Jim Stretchberry’s vision is to point our Jewish brothers and sisters towards Jesus, the Messiah, and to educate Christian believers on the Holy Land and it’s culture. The American European Bethel Mission, is a Jewish evangelical ministry working in five countries with its flagship ministries in Israel.  AEBM Inc. is the oldest Messianic ministry known.  It continues to bring the Gospel in the United States and in many parts of the Middle East and Europe. Jim serves in Israel, Germany, Ukraine, Russia, Poland, England and the Unites States.

After serving along side Pastor John Spencer in several Calvary Chapel missionary endeavors in Ireland, Australia, and Germany; Coastline partnered with Jim in 2002 when he became executive director of AEBM. Jim and Coastline share a likeminded approach to both ministry and missions.

Jim has been busy opening a new congregation with Maxim in Haifa, and they currently have 150 people calling the church in Bethel/Haifa their home.  New partnerships are continuing to develop, and Jim has been able to encourage many people to learn about the Holy Land through mission trips and tours. Other partner ministries such as B.A.S.E and Kings & Priests have become amazingly purposeful, with concerts reaching thousands.

Jim believes that “as the Lord leads, He provides”, and is blessed by the continuous, diligent prayers and support. 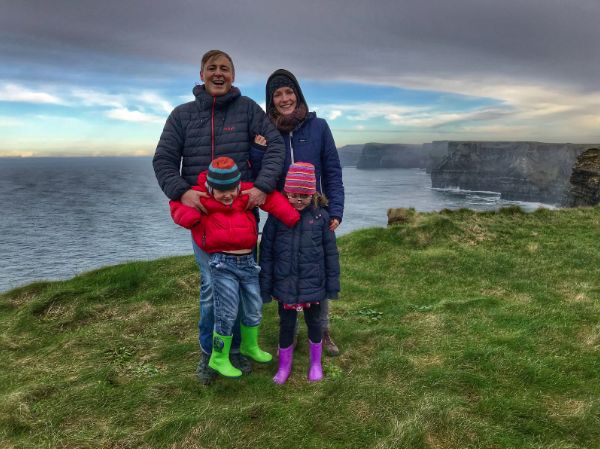 John McCarthy is a native, Irish Christian and one of the pioneers of Irish surfing.   He became a household name in Ireland back in 2009 when he was chosen to feature in a prominent advertisement on the national television network, RTE. Winning a bronze medal in the European Championships, he went on to live permanently on the wild Atlantic west coast of Ireland with his wife, Rachel, and two children (soon to become three). He helped set up a Christian church in his local town of Lahinch, County Clare and now serves on the pastoral team as an elder and as the worship pastor.

Ministry: John is a natural, born evangelist, sharing Jesus with people everywhere he travels, in a warm, personable way. As well as speaking at outreaches and universities, John is regularly invited by the secular Irish media to appear on TV / radio / newspapers to present a Christian perspective on events or to tell his testimony. This is quite unusual & unique for Ireland as no other born again Christian has been given such access to the Irish media before! With the increasing amount of media opportunities, John was led to set up an Irish outreach website called CliffsofHope.com to proclaim the gospel more fully for those who hear him on the secular media. His Cliffs of Hope outreach website uses YouTube videos and related Social Media platforms to broadcast the message of Jesus around Ireland. 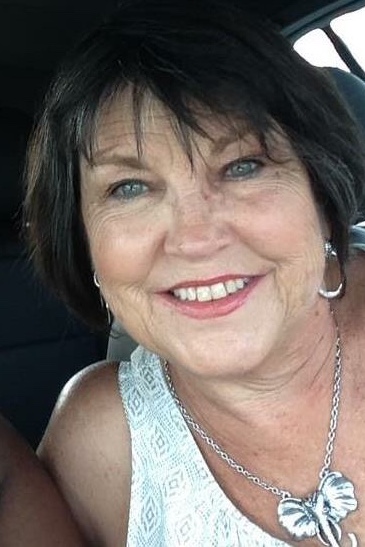 Known in Kitale, Kenya as Mama Cheri, Cheri is the founder of the Challenge Farm. Challenge Farm is a home and school that feeds, clothes and nurtures over 100 children in Kitale. Cheri connected with Coastline in the late ‘80s when she, her late husband, Rick, and their 3 children embarked on a life journey to be on mission in Kenya. In 1992, Cheri began working with the street children in the slums of Nairobi. Ministry grew to a Sunday morning Bible Club and soccer club, and then to a drop-in center where over 50 street children came to receive a hot meal, medical care and learn about the love of Jesus. In 1999, Rick and Cheri moved to Kitale, Kenya. In 2000, they purchased a 10-acre farm. Rick, shortly after was diagnosed with cancer and died 10 months later. Cheri continued the work they began together and opened the Challenge Farm in January 2003. 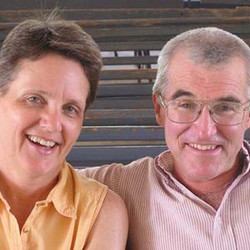 Deb and her late husband, Jim, attended Coastline when the church first began meeting at Oriole Beach Elementary School in Gulf Breeze in 1983.  In the late 80’s, sensing the call of God on their lives, the couple moved to West Palm Beach, FL to work with Missionary Flights International.  Jim served as a pilot and mechanic for MFI, transporting short-term missionary teams and support to long-term missionary families living and serving in Haiti.  Deb worked in the MFI office.

In the late 90’s Jim was diagnosed with cancer and passed away.  In early 2000 Deb met and married long-term missionary to Haiti, Bruce Robinson.  “Boss” Bruce and Deb are still serving faithfully in Haiti, today. 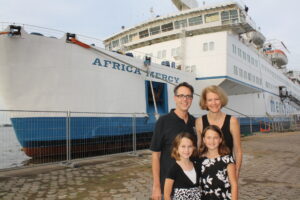 Brian serves as the Administrative Assistant of the Mercy Ships Academy, the K-12 school for missionary kids aboard Mercy Ships. Brian is also the primary care giver of Addison and Alyssa, their 11 year old twins who attend the ship school with over 45 other children of crew members.    Warrie, Brian’s wife, serves as the Managing Director of the Africa Mercy.  She is responsible for all programs that the ship delivers and for the crew of 425 people from over 40 nations.  Mercy Ships (www.mercyships.org)  are state-of-the-art hospital ships that deliver hope and healing to people around the globe and living in dire circumstances.

Brian attended Coastline in the late 1980’s. In 1988 he encountered the Mercy Ships’, Anastasis, when the ship visited the Pensacola port. Brian volunteered for a short-term assignment during which his life was changed forever. Brian and Warrie met and married while serving as missionaries in the Mercy Ship ministry. Upon receiving his Masters in Christian Education from Wheaton College in 2001, he returned to serve as a teacher on the Anastasis. In 2007, Brian and Warrie moved to Texas to serve as the Director of the Mercy Ships Academy at the Mercy Ships Headquarters.  In 2017, the Blackburn family returned to ship life on the Africa Mercy. 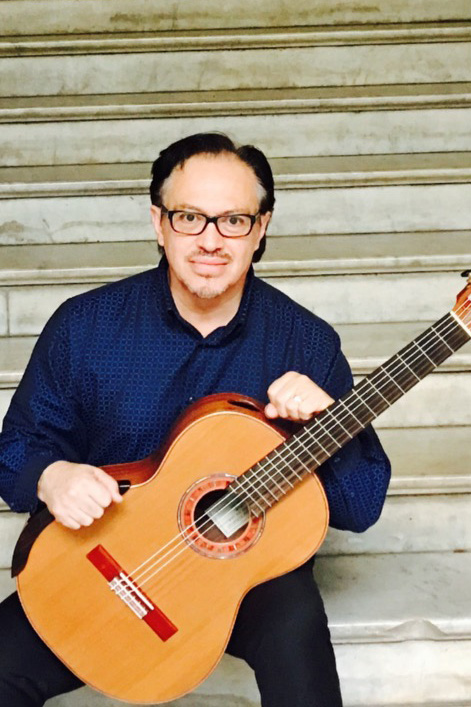 Rodrigo Rodriguez was born in Quito Ecuador, South America. Coming from a very musical family, he started playing guitar at the age of 9, recording his first LP at the age of 12. When he was 16, he started to travel the world to increase his knowledge in the instrument, performing in Venezuela, Spain, France, England and Damascus, Syria. In 1986, he was invited to teach classical guitar by Eastfield College in Mesquite Texas.

Rodrigo has recorded 16 CDs, one recorded with the City of Prague Philharmonic. He has performed at Carnegie (Recital Hall).  He has made concert tours in Colombia, Peru, Brazil, Mexico, Puerto Rico, Cuba, Canada, Czech-Republic, Singapore, Malaysia, Indonesia, Philippines, Guatemala, Scotland, England and throughout the United States.

In 1992, Rodrigo found a new direction in his life. He is now privileged to serve the Lord in full-time music ministry. 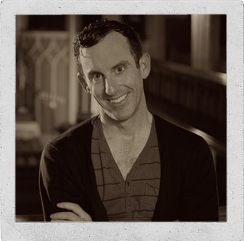 Mike is currently pastoring Movement Church in New York City. He travels within the United States and around the world to lead evangelistic outreaches.

Mike came to know Jesus as his Lord and Savior at Coastline in the spring of 1992. After graduating from Bible College in Oregon, Mike returned to Gulf Breeze in the summer of 1999. He served on staff from 1999-2004 as the high school youth Pastor & young adults Pastor. As an Assistant Pastor, Mike helped develop the youth ministry, taught bible college classes, and developed a skateboard ministry. From 2004-2009 Mike worked with Walking On Water, in San Diego, as the Director of Outreach and Evangelism. In the spring of 2009, Mike moved to Manhattan, New York, as he sensed God calling him to plant a new church in the heart of NYC. Following God’s call he started Movement Church. 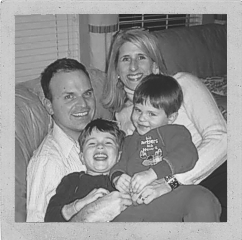 Dan and Cameron currently live in Ellicott City, Maryland. Dan is serving as the Senior Pastor of Calvary Chapel Ellicott City. Cameron is actively involved in the church and raising their three boys.

Dan came to know Jesus as his Lord and Savior at Coastline. It was during his time at Coastline that Dan and his wife, Cameron, began growing in their faith and serving the Lord. They served on staff for four years from 1999-2003. Dan operated Coastline’s former off-site coffeehouse and bookstore. Cameron served as an administrative assistant and served in the women’s ministry at Coastline. In the summer of 2003, Dan and Cameron moved to Ellicott City, Maryland, as they sensed God calling them to plant a Calvary Chapel near Dan’s hometown. 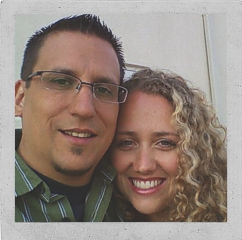 Mark and Amber currently live in Columbus, Georgia. Mark is serving as the Senior Pastor of Calvary Chapel Columbus and is the overseer of the Calvary Chapel Bible College in Columbus. He also serves the Lord with a passion for missions and church planting in Peru. Amber is actively involved in the worship ministry at CC Columbus and home schools their five children.

After graduating from Calvary Chapel Bible College in southern California, Mark served on staff, at Coastline, for seven years. As a junior high youth pastor from 1996-2003, Mark was instrumental in establishing Coastline’s junior high ministry and leading many youth camps and mission trips. Mark met his wife Amber at Coastline and married in the spring of 2000. In 2003 Mark & Amber moved to Columbus, Georgia, as they sensed God calling them to plant a Calvary Chapel in the heart of Columbus. 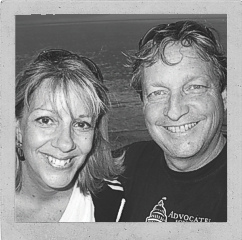 Roger currently serves as the Senior Pastor of Calvary Chapel Lakeland and as a chaplain for the Lakeland Fire Department.

Roger and Lori moved from central Florida to Gulf Breeze in the early 90’s when Roger joined the staff at Coastline as the youth pastor. During that time Roger and Lori were instrumental in establishing Coastline’s youth ministry as well as being influential in leading drama presentations and mission trips. Another talent Roger displayed was through his involvement in our worship teams. He served faithfully in the area of worship for five years from 1991-1996.